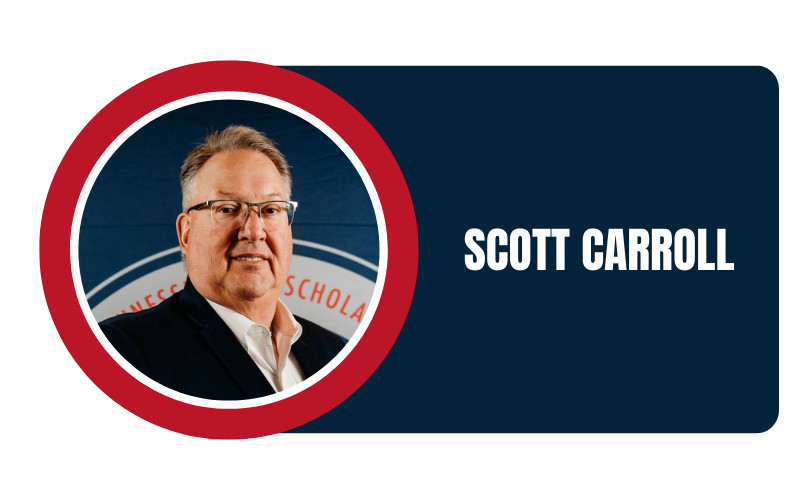 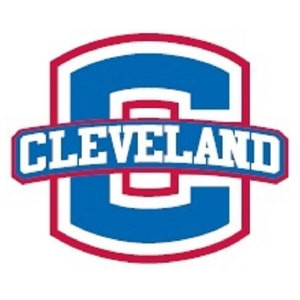 Cleveland Middle School is located in Cleveland Tennessee, with a current enrollment of approximately 1,350 students. Coach Scott Carroll starting teaching and coaching in 1994 at CMS and became the schools third athletic director in 1997. Carroll oversees the athletics program, which encompasses 22 varsity teams and 11 JV teams with over 600 students participating in athletics.  Carroll has coached football for 28 years, Baseball at Cleveland High School for 20 years and was head wrestling coach for 8 years winning numerous tournament championships and conference championships.  Carroll was the Tennessee Interscholastic Athletic Administrators Association A.D of the year in 2011.  He also was the Tennessee Baseball Coaches Association Assistant coach of the year in 2011.

Carroll’s love for sports began as a multi-sport player at Cleveland High School in the late seventies. After working in the family printing business after college, he began coaching youth sports in the Cleveland area. His father encouraged him to go back and get a degree in education to follow his passion for young people and athletics. He graduated from Lee University with BS in History and has a Masters of Education in School Leadership from Carson Newman University. Since he began his tenure as AD at CMS, Cleveland has added 9 new sports and built a new middle school where he designed and oversaw construction of the overall sports complex which included a track, softball and baseball fields, football/soccer stadium and a three court gymnasium and weight room. He oversees a coaching staff of 49 coaches along with a strength and conditioning coach. He also developed and implemented the strength and conditioning program for middle school which now includes advanced PE classes and after school classes for athletes and the faculty at CMS. The goal here at CMS is to involve lots of students and introduce and develop a passion for sports and what it takes to be a Blue Raider. He is also the current President of the South East Tennessee Athletic Conference and was the past president of the Tennessee Valley Athletic Conference.

Carroll has been involved in the TIAAA since 2005. Carroll was introduced to the association by Larry Payne, past president of the TIAAA, who was the AD at Cleveland High School. Carroll joined the board of the TIAAA when his mentor, Payne retired in 2010. He has attended every state conference since then and has also attended three national conferences. He completed his CAA in 2008 and is finishing up his CMAA at this time. Carroll has also taken over 20 LTC courses. Just recently Carroll was nominated to receive the NIAAA State Award of Merit for 2018.

Carroll has also been the voice of the Cleveland High School football team on WCLE Radio for the last 28 years. He and his partner, Terry Evans, have called games all over the state including Cleveland’s three State championships in the 90’s. He also competes in power lifting though USA Power Lifting and took home the Gold medal at the State Championship in 2016 for his weight class and age group. Carroll is also the assistant principal at CMS and is very active in the community. Carroll said, “Being a Cleveland Blue Raider my whole life has been a dream come true. I hope to instill that passion and love for school pride and athletics in everyone I work with.”